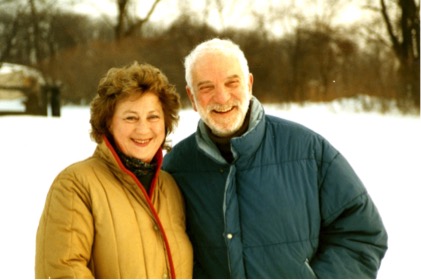 Saturday 13 May – Saturday 29 July 2017 Lighthouse is in association with Barford Sculptures Ltd, London.

“Sheila Girling was consistently inventive in her finely wrought collages and abstract paintings,” Nicholas Serota , Director of the Tate

This exhibition coincides with the Anthony Caro Sea Music Project to celebrate the completed refurbishment of the ‘Sea Music’ sculpture on Poole Quay in May 2017. There are complementary exhibitions of Caro’s ‘Concerto Series’ of sculptures at Poole Museum from 13 May 2017 and ‘100 views of Sea Music’ by David Ward.

Sheila Girling, who died in 2014 aged 90, was an artist whose vibrant oils, watercolours, papercuts and collages were infused with a Modernist spirit and the vivid style of the American “colour field” abstract painters. She explored colourful abstraction and enjoyed collaborating with her husband, Sir Anthony Caro. She was also known as Lady Caro, the supportive wife of the sculptor Sir Anthony Caro. She once described their marriage as a “64-year conversation about art”. Nicholas Serota, the director of the Tate, has observed. “Over a long career she developed a distinctive personal language to explore the territory between abstraction and reality.” Sheila Girling sought inspiration from the playful collages and canvases of Matisse and Miró. Landscapes, still lives and interiors were captured in her vibrant palette.

From the Stephen Bishop Curator

I first encountered Anthony and Sheila Girling as a signature in the comments book at my own exhibition in a small Swanage Gallery. It was signed Tony Caro & Sheila Girling. Subsequently, I met them in the gallery. There were charming and interesting. Over the few next years they kindly bought several works from me. I have since discovered that investing and encouraging emerging artists was characteristic of this generous couple. My last meeting with them was in Highgate in 2012, again at my own exhibition. Ray Davies had just walked out of the door when in came their son, Paul Caro, as well Sheila and Anthony. Tony gave me some good feedback and a suggestion on how to develop my paintings. Which I am sorry to say that I am yet to put into practice, but when I do I am sure I will realise how wise he was. I remember Sheila relaying how she enjoyed the immediacy of watercolours and how these were a treasured part of her creativity. As Lighthouse Visual Arts Co-ordinator and Exhibition Curator, I had the greatest honour and pleasure to select acrylics, collages and ideed watercolours for this exhibition. The work here is taken from a range of dates and covers a range of her prodigious output. Some of the works have obvious Dorset connections. Sheila and Anthony had a long creative life together and special affinity with Dorset. I am confident that Sheila’s paintings will continue to ascend in the cannon of great artists.

I respect your privacy. You may unsubscribe at any time.

Privacy Policy
Client records are regarded as confidential and therefore will not be divulged to any third party. We will not sell, share, or rent any personal information which you provide us with to any third party or use your e-mail address for unsolicited mail. Any emails sent by Stephen Bishop Artist will only be in connection with the provision of agreed services and products and you will always have the option to immediately cancel any further communications.